Many of you know that I'm an opera singer.

But you may not know what has driven me to be so passionate about this!

From being born music was all around me, having a father as a professional opera singer.  I went to my first opera aged three and according to my aunty when the first two bars of Largo al Factotum started playing, I apparently chirped up with “Daddy’s coming!”

So classical and opera music was always being played in the house.  I remember hearing my father practising his scales from down the road, when I was waiting for the bus going to school.

It seemed quite natural then for me to start singing.  I joined the church choir aged nine.  Thinking I wouldn’t be allowed, I came up with many reasons why I should join along with my friend Nick, but was pleasantly surprised when my dad just said “Yes of course you can”.  So that was the beginning.

I sang until my voice broke early and then pursued other careers including a farm hand and joining the RAF for nine years.  Even in the RAF I was complemented for my good singing by the Discip Sargent whilst on Remembrance Parade in the Shetland Isles.

Then it wasn’t until many years later until on my honeymoon in Rome this passion was reignited.  My wife and I went to see an opera recital in a beautiful church and I was overwhelmed.  It was then I decided that I would take up singing again and have professional tuition.  Oddly enough my first tutor was my wife’s old piano teacher!!

I progressed taking different exams and singing with different choirs and opera groups always just doing this as a hobby.  But now I am working to turn my lifelong passion into a career, to share my gift of music with others, as it has been uniquely given to me.

I firmly believe that you should “Follow your dreams” and my audiences should have access to beautiful music, as music is the greatest emotional motivator that you will ever get. 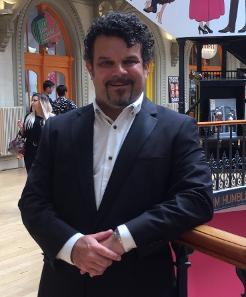 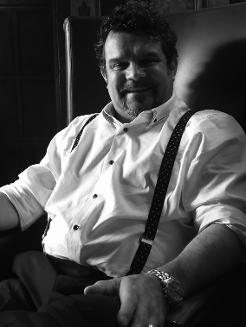